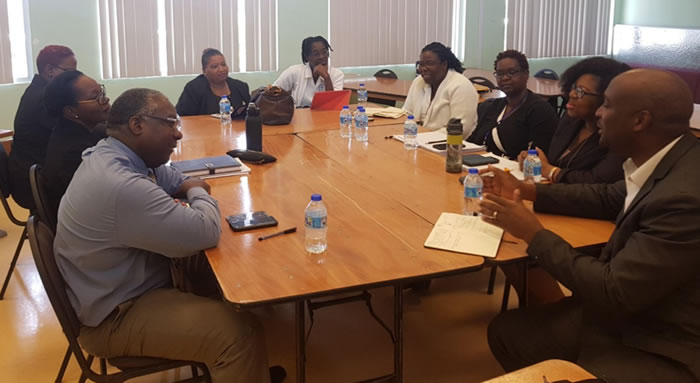 Trinidad and Tobago Registered Nurses Association (TTRNA) has made remarkable progress over the last three (3) months since entering into frank, open and honest deliberations with the Tobago Regional Health Authority (TRHA).

On Monday 20th January 2020, the Association came one step closer into resolving some of the major issues affecting nurses employed within the region. Brief update is as follows:

1. Cluster Nurse Manager (CNM) position remains on the organizational structure
TTRNA would have been notified by our members of the attempts by the region, to suppress the position of the CNM. After TTRNA involvement, some targeted action, and subsequent cordial meetings with management, we are pleased to report the position of the CNM is to remain and additionally, the filling of three (3) Night Nursing Supervisor positions.

2. Acting Head Nurse appointments
Our members would have complained to the union that they would have been working without a formal appointment letter as Head Nurse, Acting or otherwise. Understandably this proved extremely worrisome, especially since they were also not being paid for acting in these positions. TTRNA is pleased to report, all Head Nurses have now been given their official letters of appointment.

TTRNA will continue to update members as discussions continue in relations to some other issues namely:

TTRNA thanks the CEO – Sheldon Cyrus, for continuing to open the channels of communication between the nurse’s union and the region. As a key stakeholder, TTRNA will continue working to improve the delivery of care to the citizens of Tobago, through improving the professional competence and socio-economic lives of those who are expected to the deliver that care.

Nurses protest postponed due to unrest in POS

The planned protest by the TT Registered Nurses Association (TTRNA) on July 1 has been postponed to a date to be announced, owing to the unrest in Port of Spain on Tuesday. The association has also told its members assigned to certain facilities not to report to work on…

Nursing and Midwifery personnel must be considered

President of the Trinidad and Tobago Registered Nurses’ Association Idi Stuart address nurses during a protest at the Arima Health Care Facility on Monday. - Ayanna Kisnale   Protests will continue despite the promised payment of 100 per cent of arrears in increments to healthcare workers at the NCRHA. The…